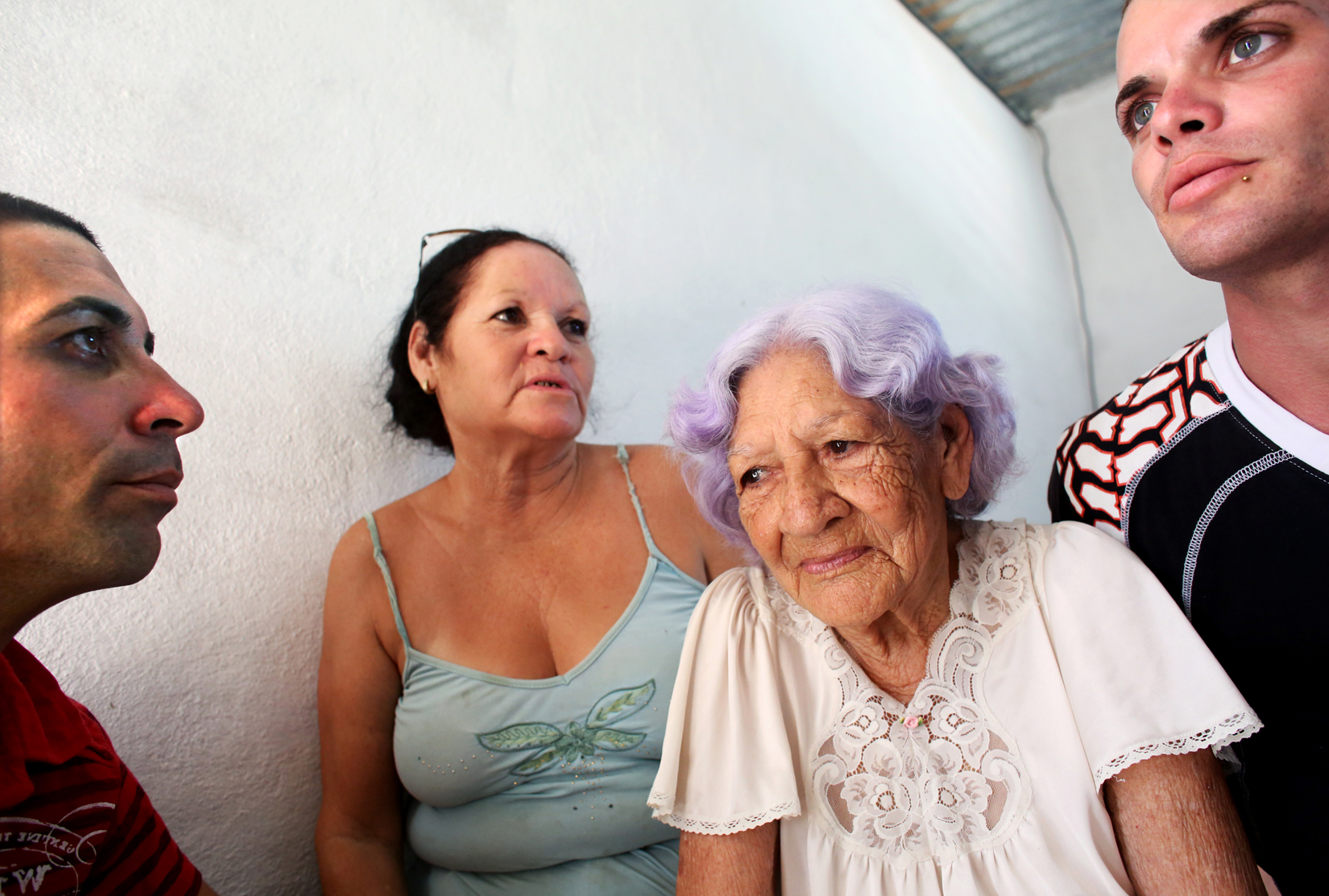 (L-R) Michael Denis Fonteto, his mother, Raizel Fonte Muñoz, grandmother Aida Muñoz, and brother, Yasiel Valdivia, spend time together in a village close to the port city of Mariel, Cuba. Yasiel and Michael's uncle was amongst those who fled toward Florida in the Mariel Boatlift exodus of 1980. The brothers say he has not since regained permission to return, separating him from his sister (their mother) and his 93-year-old mother, for 35 years.

Mariel is a town whose tranquil appearance belies its important place in both the history and future of Cuban-American interaction. It is where Russians unloaded nuclear warheads in the 1962 Cuban missile crisis, and the gateway through which 125,000 Miami-bound emigres fled during the Mariel Boatlift of 1980. The town is now the site of construction of a deepwater container port and a free-trade zone, a critical ingredient for which will be the future of the U.S. embargo against Cuba, in place for more than 50 years but now under speculation of being lifted.