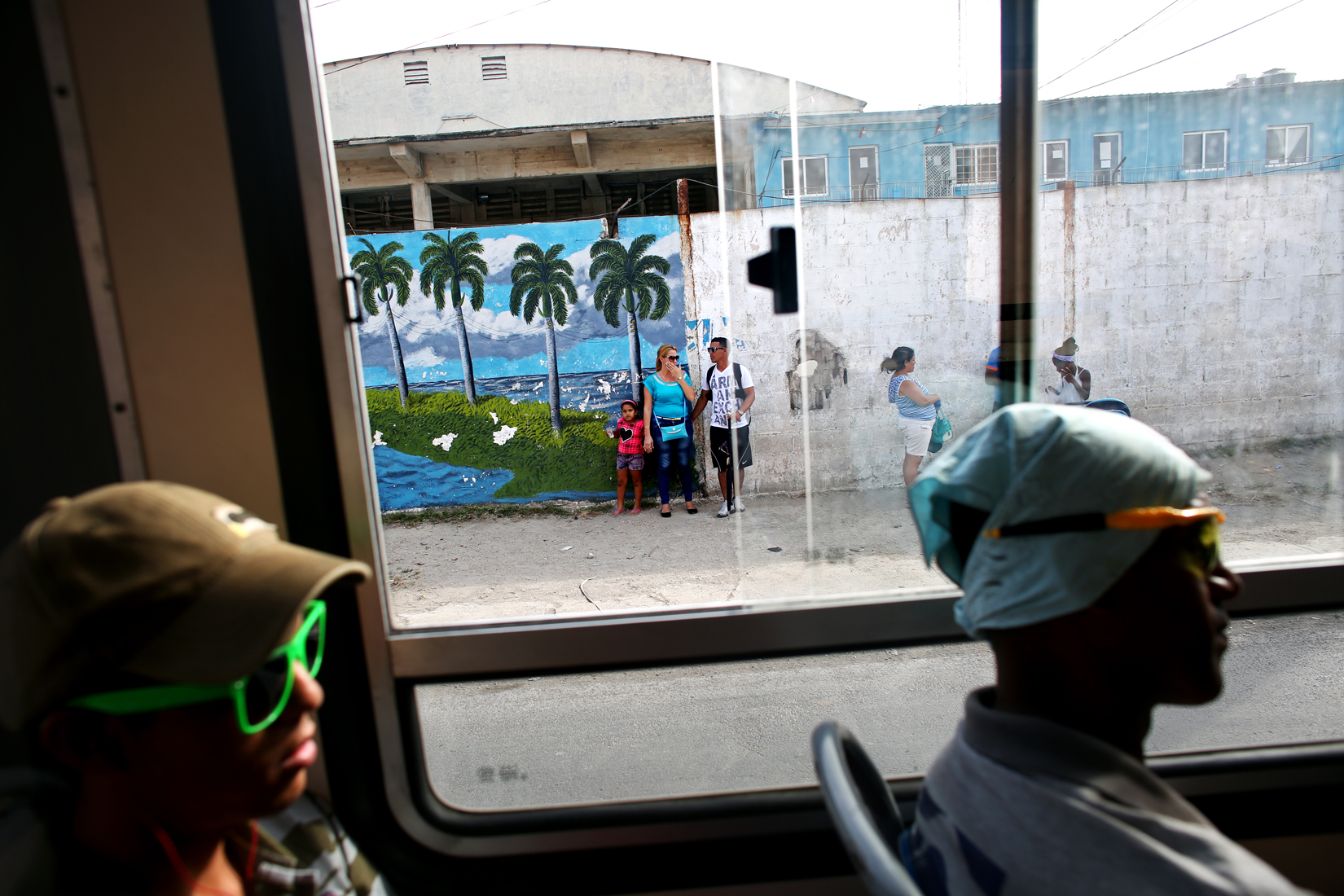 A bus transports its passengers to Mariel, a port city whose tranquil appearance belies its important place in both the history and future of Cuban-American interaction. Here is where the Russian navy unloaded its nuclear warheads in the 1962 Cuban missile crisis, as well as the site of the famous Mariel Boatlift of 1980, when 125,000 Miami-bound emigres fled the island during a 6-month lift on travel restrictions to the U.S.

Now, Mariel's largest development project in history - a deepwater container port and a free-trade zone - aims to attract foreign investment, especially that of the U.S. A critical ingredient for its success will be the status of the U.S. embargo against Cuba, in place for more than 50 years, but now under speculation of being lifted.