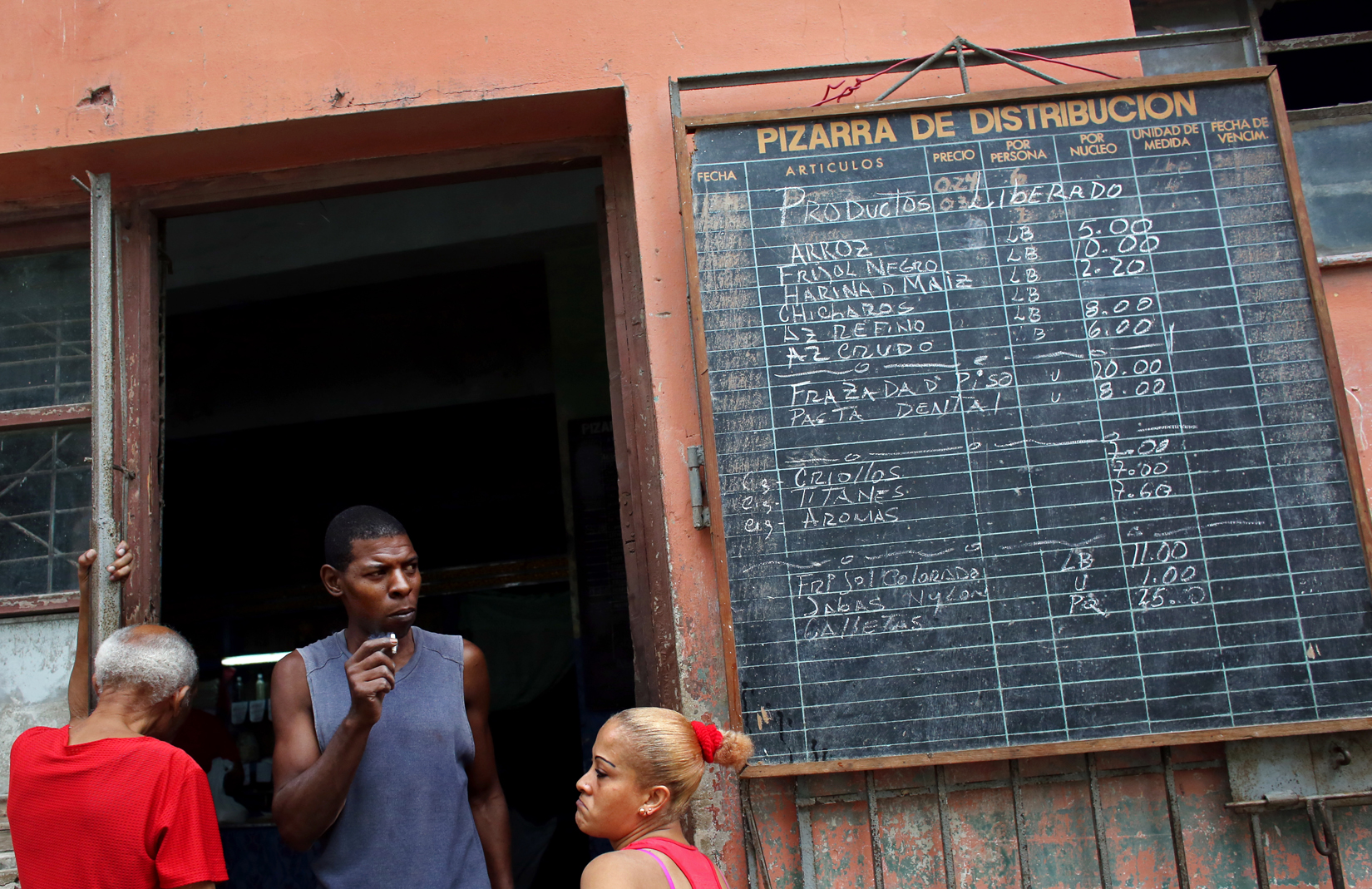 A list of available products hangs outside of a bodega (convenience store) in Havana, Cuba. Bodegas provide food rations - basics like rice, flour, sugar and beans, that exclude green veggies, most meat, spices or dairy (which is restricted to all but children and pregnant women) - to each Cuban citizen via the Libreta de Abastecimiento (supplies booklet,) which establishes the kind, amount and frequency of food allotted per person. The rations, which supply approximately 1/3 of Cubans' food requirements, have been kept at stable, subsidized prices since the program's inception in 1962 - as food can otherwise be forbiddingly expensive, and even at bodegas, hard to come by. This is due to a combination of inefficient farming policies, the U.S. embargo (in place since the 60s,) and the collapse of the Soviet Union in the 90s (which until then had filled the U.S.-Cuba trade vacuum with subsidies.) Food shortages, while common today, were especially sharp then, both in Bulgaria and Cuba, as the two countries tried to adjust to a non-Soviet-sponsored economy.