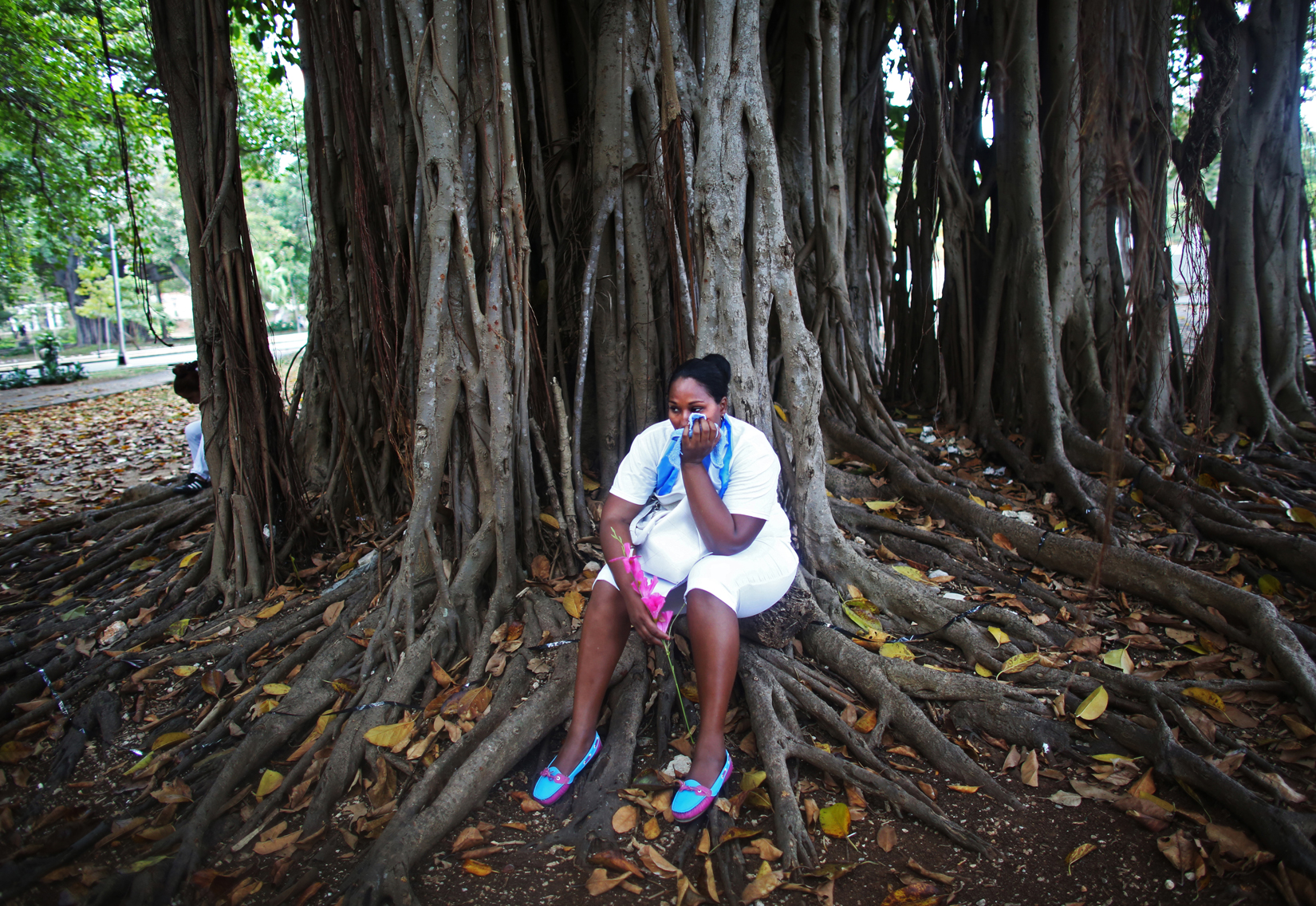 A participant in a march organized by the wives and female relatives of imprisoned political dissidents rests by a tree in Havana, Cuba. The opposition group, Damas de Blanco (Ladies in White,) attends Mass at Santa Rita church each Sunday, then marches around it clad in white, as a symbol of peace. Most complain of regular beatings and detainment - with one of the largest reported (75 of the group's members) in 2011 and 2012. In Catholic countries, Saint Rita is known as the patroness of impossible causes, or heartbroken women.