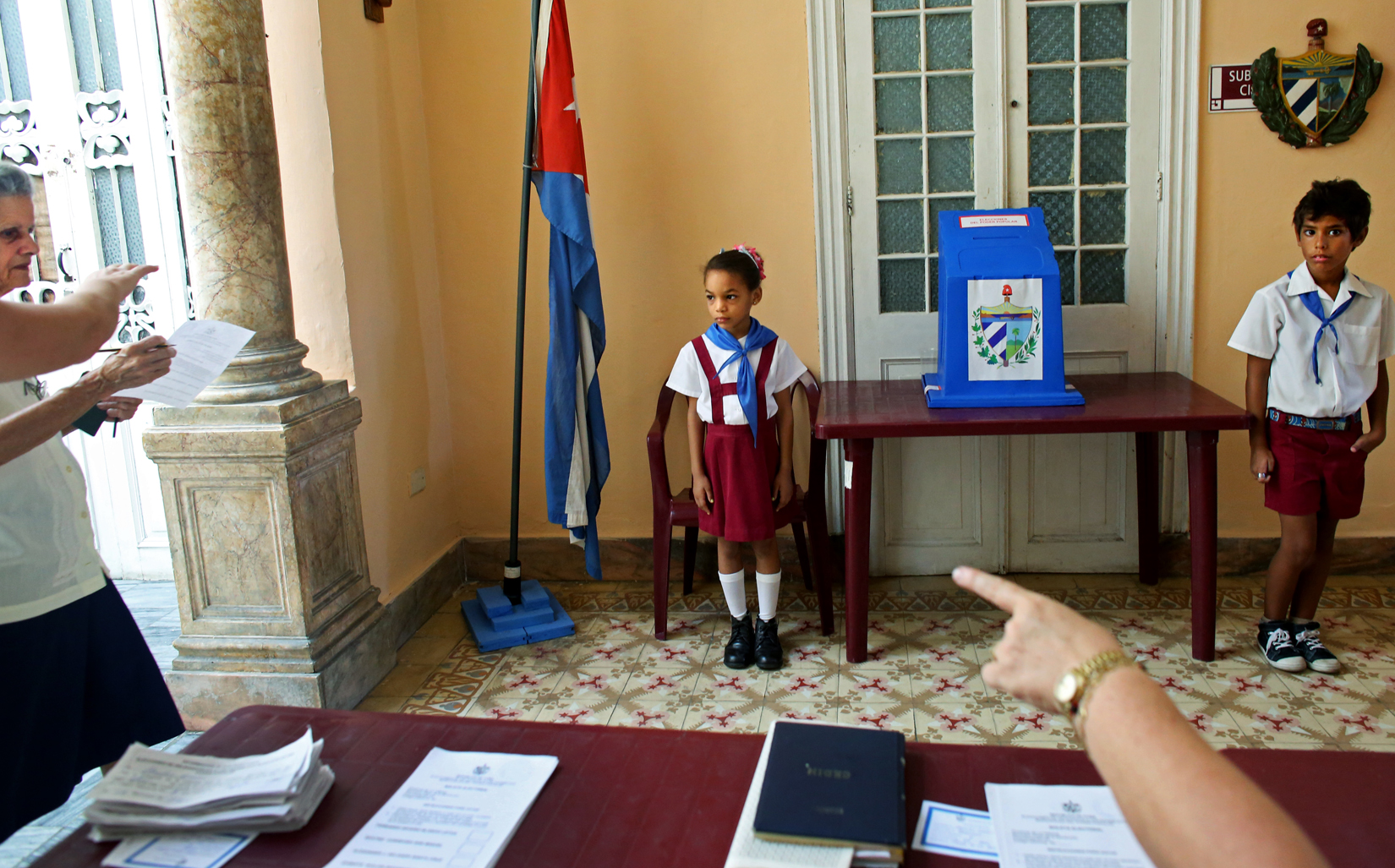 Children wearing the uniform of communist youth are directed to salute "Votó!" ("S/he voted!") as a woman places her ballot in Cuba's Elecciones Parciales (Partial Elections) to elect delegates to the Municipal Assemblies of People’s Power, the country's unicameral parliament, on April 19, 2015 in Havana, Cuba. The delegates function as district representatives for a 2.5 year term.

Little Pioneers - members of the José Martí Pioneer Organization for children operated by the communist party - are often sent by polling station presidents to people's homes as a means to motivate citizens to the polls. (Voting is not mandatory, but frowned upon if not exercised.) Kids usually enter the organization in elementary school, wearing blue or red scarves - or pañoletas - to indicate the student's level, and continue until adolescence, switching to yellow and white uniforms in high school.