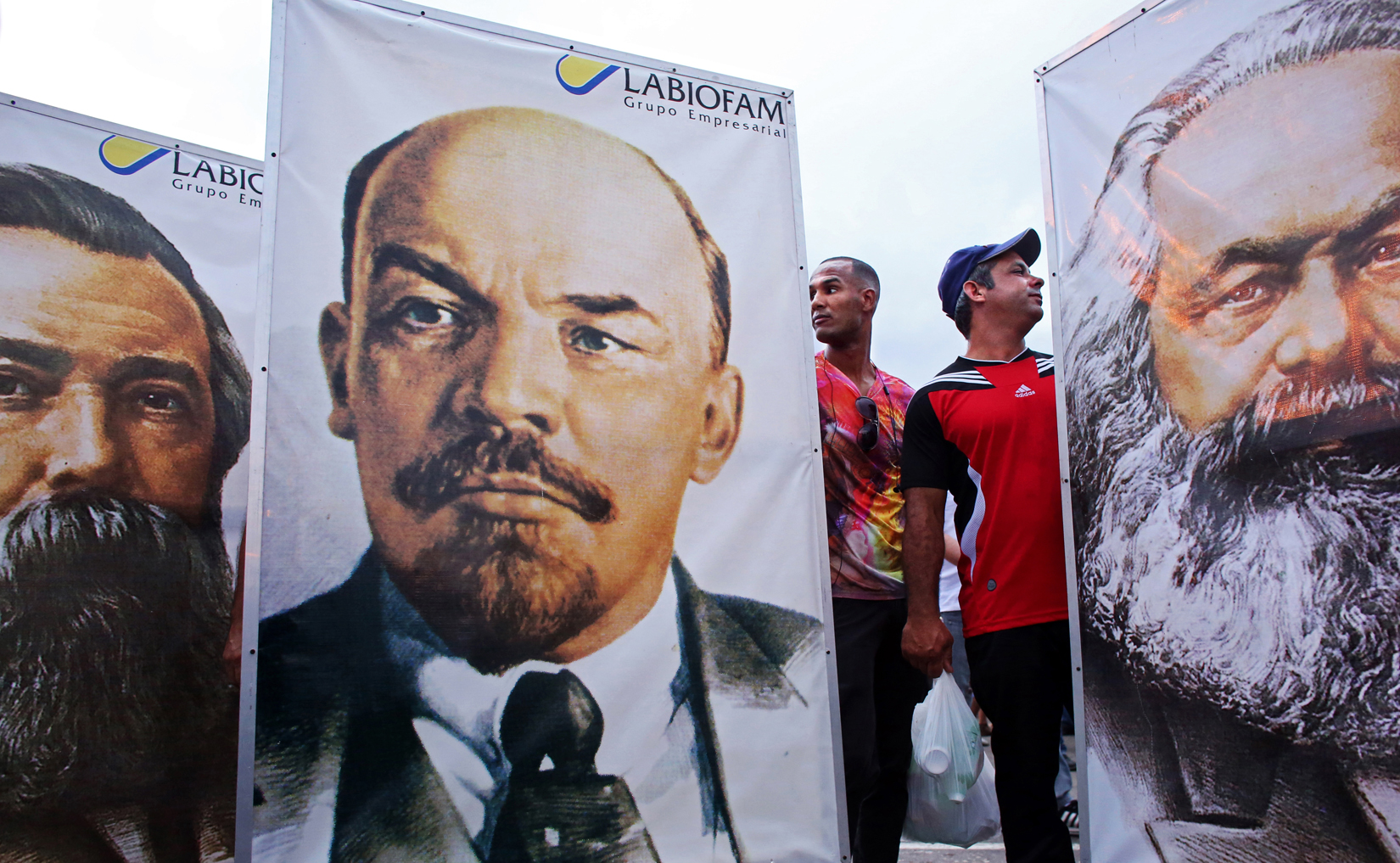 (L-R) Participants in the 1st of May Labor Day parade march in Havana, Cuba, hold signs of German Communist revolutionary Friedrich Engels, Russian Communist leader Vladimir Lenin and German Communist revolutionary Karl Marx. In Cuba, the day known as Día del Trabajo is a call for people to show support to their socialist government and the Cuban Revolution. Guests worldwide are known to join. While attendance is not mandatory, absence from the march is usually noted and discouraged. I recall the communist years Labor Day marches of Bulgaria quite well: much like in the Cuba of today, groups of people huddled with their co-workers in the early a.m hours, attendance to be accounted for by their boss - or face social, and often professional, retribution.