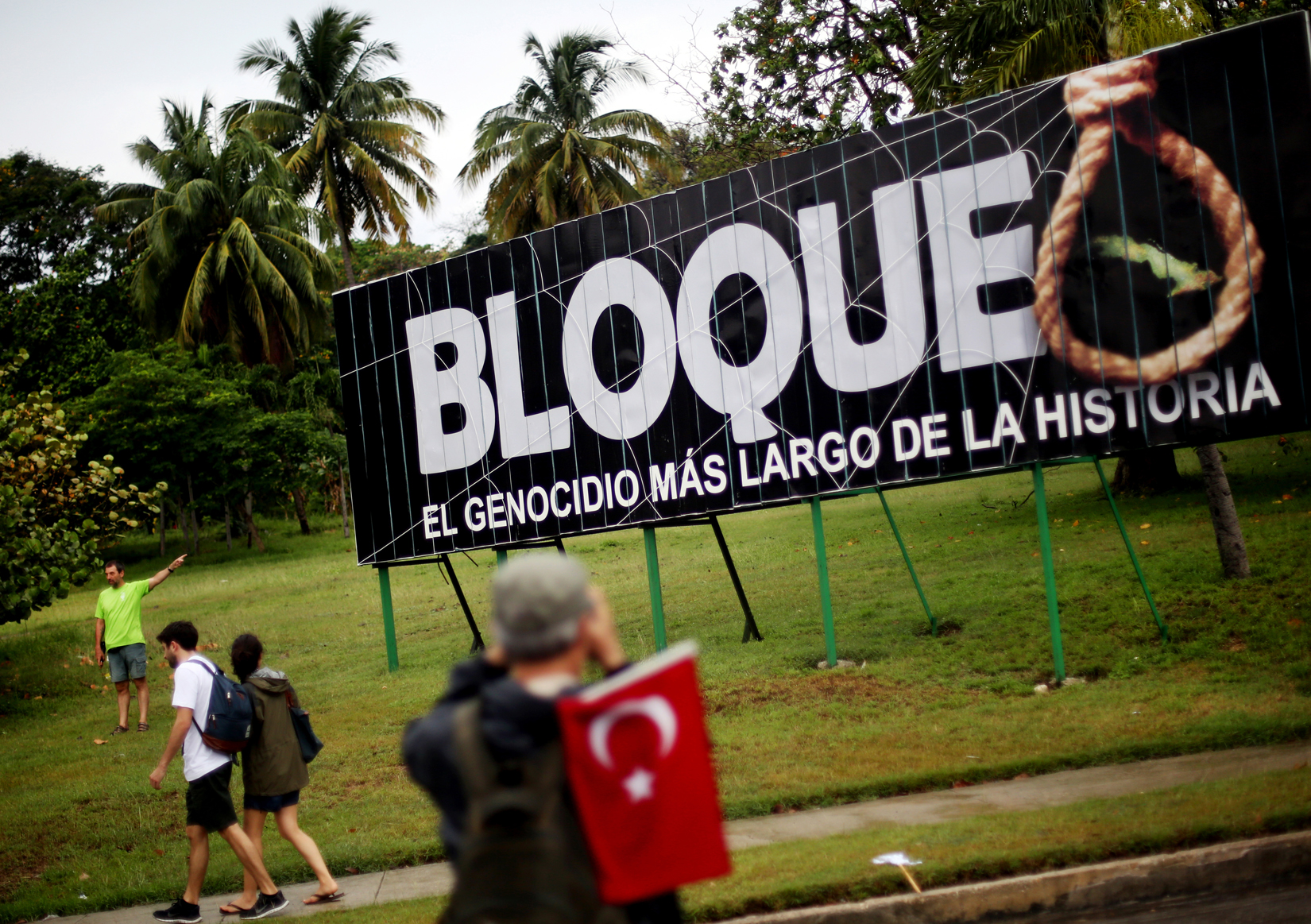 People march by a sign saying, "The embargo: the longest genocide in history," during the 1st of May Labor Day March - a call for people to march in support of their local socialist government and the Cuban Revolution - in Havana, Cuba, on May 01, 2015. The commercial, financial and economic embargo enforced by the United States against Cuba went into effect in 1960, nearly two years after the deposition of the Fulgencio Batista dictatorship by the Cuban Revolution, and just after Cuba nationalized American-owned Cuban properties without remuneration to the States. The embargo at first did not apply to food and medicine, but was quickly broadened to nearly all U.S. exports. Proponents of the embargo cite repeated human rights violations in the country and the appropriated property as reasons to uphold it. Critics define the embargo as too harsh; the UN General Assembly has passed a resolution each year since 1992 criticizing its ongoing impact, citing it to be in violation of the Charter of the UN and international law. In December of 2014, U.S. President Barack Obama signaled an openness in thawing of U.S.-Cuban relations, which started with diplomatic talks and transitioned to the removal of Cuba from the U.S. list of state sponsors of terrorism in May of this year.