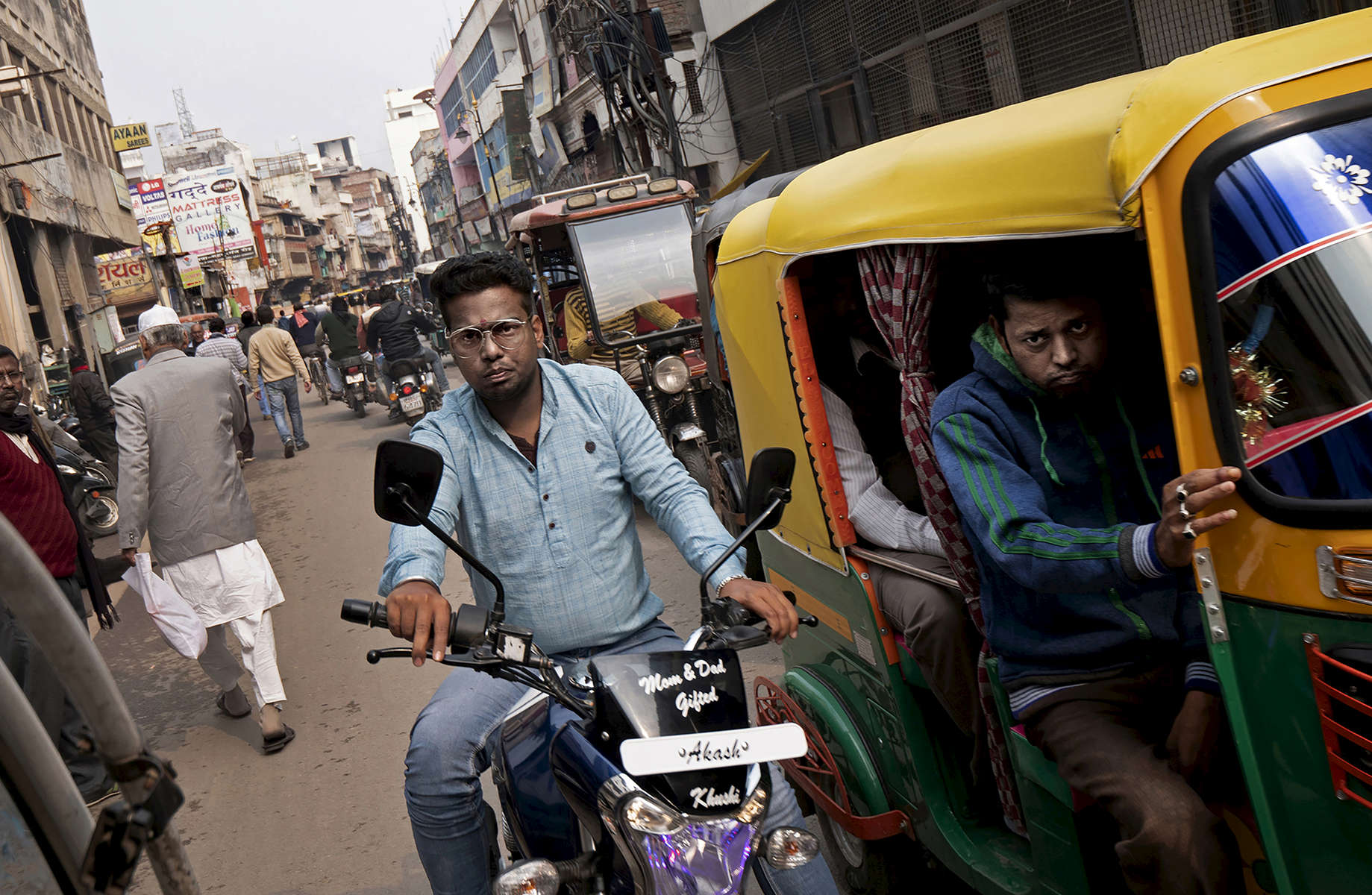 Men move through street traffic in Varanasi, India on January 07, 2019, a holy city in the crescent-shaped bank of India's Ganges River, where thousands of widows flock often in escape of family that has become abusive or neglectful after the loss of their husbands. While widows' property rights and access to resources are protected by law in India, enduring superstitions that paint them as unlucky and unworthy can override. There are the widows who remain unaware of their rights, those who subordinate themselves to custom to keep familial or social peace, and the ones who have no other option. Women of all ages gather in ashrams, trailing saris in all white, the color meant to strip them of their femininity.

Yet, more widows have started to defy society's strong identity ties to marriage and elect to stay with their families instead of flee, and demand access to what's theirs. Some who come to Varanasi, redefine how their individuality fits in with spiritual tradition, by allowing themselves to celebrate holidays, and wear color - despite the expectation of white, the hue of death and asexuality. Others say they seek out the ashrams for spiritual dedication, instead of as a last resort. While isolation and uncertainty accompanies their journeys, at least in the ashrams they find shelter, a daily meal, and a community of women of the same circumstance - in other words, a second home.