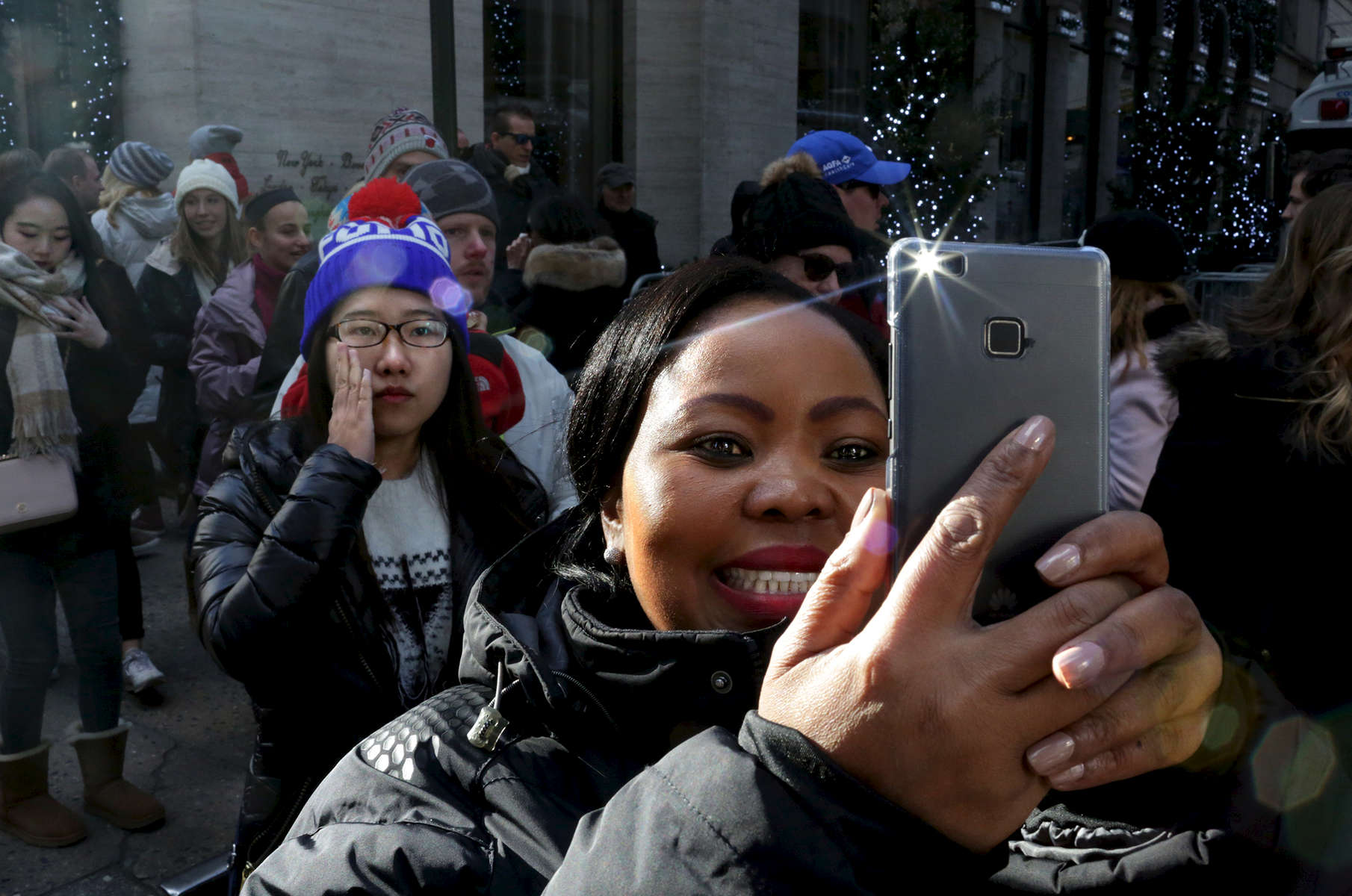 “Trump Gawkers" is a visceral look at what draws people to Trump Tower, the current residence of U.S. President elect Donald Trump. Hoards of people undertake the trek, bearing security and weather roadblocks, to stare, gawk, absorb, record. The magnetism to the tower (and by extension, to the man inside it,) manifests in the sheer numbers of daily visitors, as well as in the fascination etched across their faces. Upon first look, the time so many spend there seems like sport and amusement, but underneath upturned eyes and selfie smiles prevails an undercurrent of anxiety - and not just for those who didn't want Trump in the Oval Office. Some of the electorate that voted against Hillary is now unsure for which version of Trump they voted. People's upward gazes, no matter their political views, seek answers: How could this happen? Or now that it has, what will it mean?