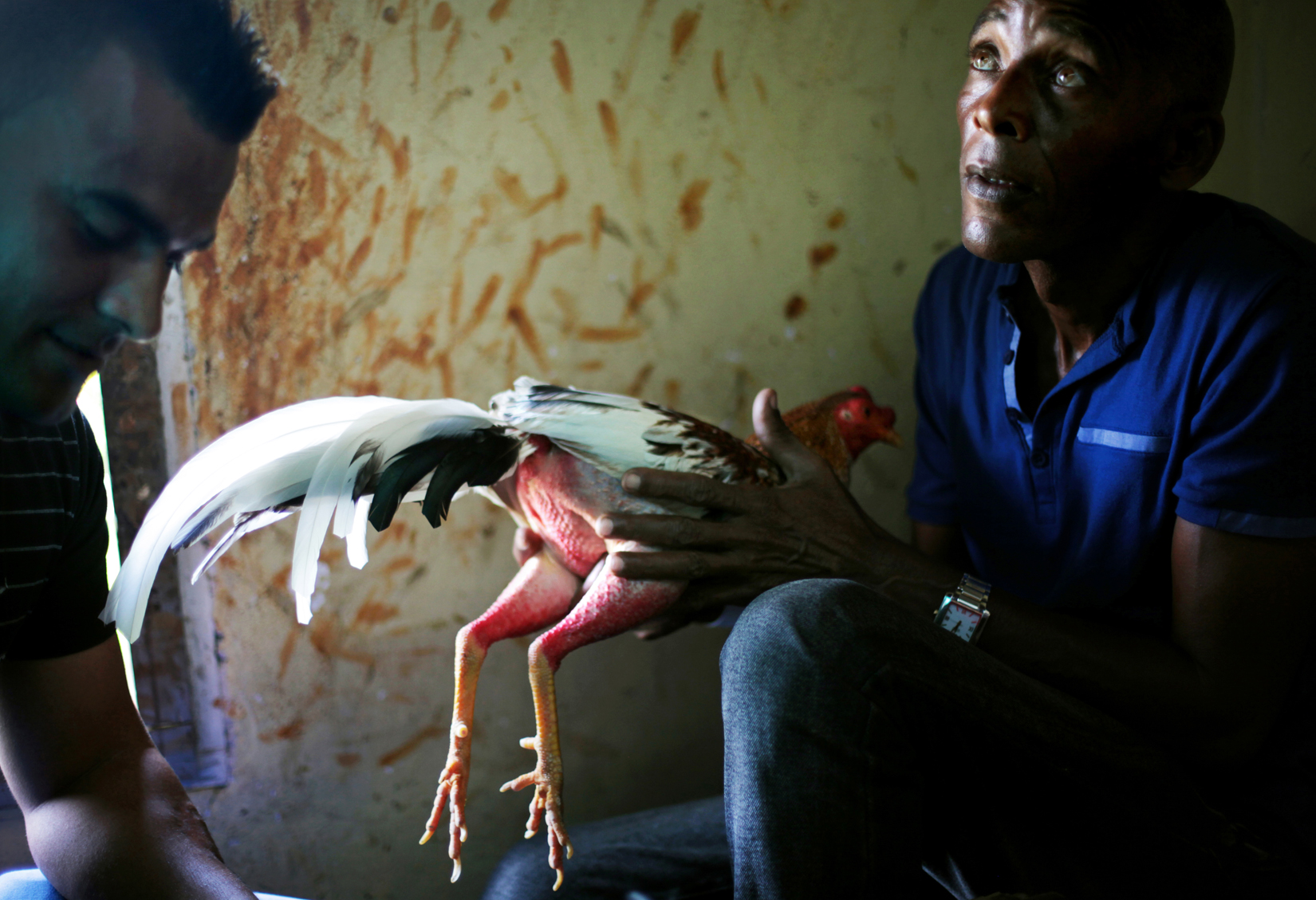 A chicken is groomed, and its nails sharpened and augmented with a long, sharp nail made of a turtle shell, before a cock-fighting event at a sports arena on April 18, 2015 in Managua, Cuba. Cock-fighting in Cuba is in the gray area of legal - state-run events such as this (non-private) functions are permitted, but not monetary betting. This is in part due to lingering bitterness over the control U.S. mafia used to exercise over casinos and prostitution in pre-revolutionary Cuba, the income from which allowed crime lords a certain level of interference in the country's political matters.